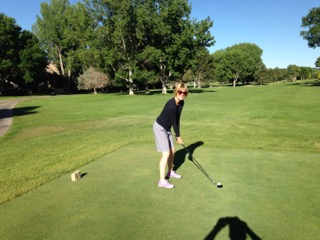 Our Club, Columbine Country Club in Littleton Colorado, recently sent us a copy of Arnold Palmer’s 10 Etiquette Rules for Golf.  As usual, Mr. Palmer is right on the mark.  I do know that I break a few of these on occasion but I am always striving to make it a fun time for all and these rules are a great starting point.  Enjoy the game and a big “Thank You” to Arnold Player!