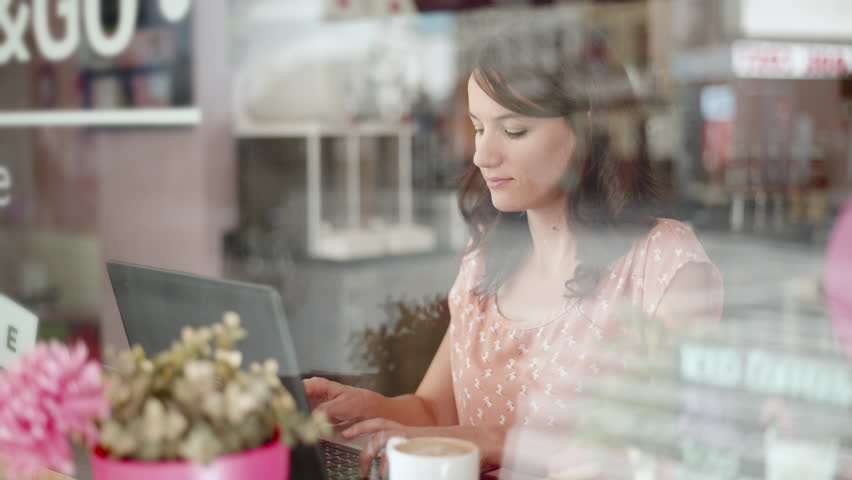 I was spending a sunny Sunday afternoon at a coffee shop, working on a few side projects I didn’t have time for during the week. That’s what weekends are for, right? And judging by the number of people around me typing away on their laptops, I figured that everyone else must be doing the same.

But, as I scanned the room, hardly anyone around me looked too pleased. In fact, they looked a lot like I imagine I do during a stressful day in the office. Perplexed, I struck up a conversation with the woman next to me—and I had my answer. Turns out, her intentions were to work on her blog , but she somehow ended up checking work emails and had been stuck working ever since.

Poor thing, I thought. Then, I looked down at my own screen, and with horror, realized I too had been checking work email. In fact, I had spent more time on work than I had on my personal projects!

Clearly, we all had some boundary issues.

And sadly, I know this isn’t unique. We all have the friend who can’t make it through a cocktail without responding to an email or text from her boss . I’ve had employers who’ve explicitly told me they expected me to check in or “be available” basically whenever I was conscious. It seems like the increasing ease with which we are able to access our work remotely has given employers carte blanche to be in contact with us at all times.

Now, I’m the first to admit that working on nights and weekends is necessary on occasion, but remember that all work all the time—well, you know the rest. If you’re feeling like your work is creeping into your personal time to an unhealthy degree, here are a few steps you can take to help establish (or re-establish) some boundaries.

1. Avoid Company-Issued Devices (If You Can)

When I started as a manager with a new company several years ago, they offered me a Blackberry (remember those?) on my first day. Since it wasn’t required, I politely declined, and as a result, never developed an addiction to the device.

More importantly, without having to say a word, I established an important boundary with my employer, essentially defining “office hours” much like your professors in college did. Between the hours of 7 AM and 6 PM, Monday through Friday, I could be found in the office. After that, I was essentially unreachable—unless someone wanted to dig up my personal cell number.

Admittedly, this was a few years ago, and things have advanced to a point where most of us can access our desktops virtually , but not having a company-issued cell phone or laptop helps create that division between your personal and professional life and sets the expectation that you won’t be taking work home on a regular basis.

2. Don’t Kill Yourself With Overtime

When you first start out in a new job , or even a new role, it’s only natural to want to impress your new boss. And it’s easy to be tempted to prove your commitment by slyly replying to emails at ungodly hours or even on weekends.

While this will most likely make an impression on your boss, chances are it will have unintended consequences. Take me, for example. In my first job out of college, I was really eager to make an impression. So, I stayed late, came in on weekends, and checked my email when I should’ve been in bed. The result? I inadvertently trained my boss to rely on me at all hours of the day, seven days a week. It took me nearly four years and changing jobs before I could break that cycle, and believe me, that was an exhausting lesson.

On the other hand, I had a colleague who had an active life outside the office. This meant she had volleyball practice one evening, a language class on another, dates on others; you get the idea. From day one, she made sure she was in the office on time, completed her work, and overachieved in every way possible—until the day was done. She offered to work late or come in early if needed but made it clear she had other commitments, which helped acclimate our boss to the fact she would be leaving on time most days.

You’ll be hard pressed to find a boss who will object too much to you working on your off hours (unless she’s required to by law), but that same boss will be just as impressed if you can do the work in the 8 (OK, 10) hours each day you’re there already. Make the most of the time you have in the office, and leave the rest for tomorrow . Trust me, the work will be waiting for you.

I’m not sure when this happened, but at some point in my career, accruing vacation time became a bit of a competition. My working-stiff friends and I would slouch over our beers after another late night in the office, bragging about who had more time racked up. It wasn’t until several years later—when I met a seasoned veteran who took every single day he earned on a regular basis—that I realized the value of vacation time.

While everyone else was working too late hoping to win favor with the corner office, he simply worked efficiently, and used his time off as it was meant to be used. And you know what? He was the happiest guy in the office. While those of us who were stuck in the office while he was enjoying a week in Hawaii with his family groused, deep down we all admired him.

Companies give their employees time off for a reason—they need it. A little R&R will do only good things for your motivation, creativity, and long-term happiness with your gig. Trust me, saving up unused vacation days may win you some sympathy at happy hour, but you won’t do yourself or your employer any favors by skimping on time off.

As with any (hopefully) long-term relationship, it’s important to establish boundaries early. And, if things get a bit out of whack along the way, it’s never too late to re-establish the lines between your work and personal life. In the end, employers know you’re more valuable when you’re fully recharged after a weekend away from the office—or even better, a week in Hawaii!

Click HERE to join our newsletter/blog and be the first to get great articles!

Should You Be Using Social Media to Grow Your Biz?